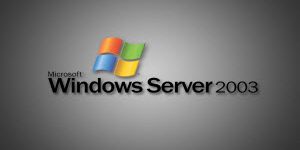 There are many thousands of us still using Windows Server 2003 quite happily but Microsoft is ending support for this platform next year so it’s time to say goodbye. When it comes to migrating away from this platform here are four common questions we get asked:

1. Is Microsoft still the way to go?

Sure there are Linux servers that do lots of really cool stuff and run programs that do very similar things to the Windows servers, but unfortunately the support for these is hard to find. Windows servers are generally cheaper to maintain relative to the functions they provide for most applications. A recent article by IDC stated that 73% of servers in industry are Windows servers.

There are plenty of reasons why the latest Windows Server 2012 R2, released October 2013, is a reasonable choice for your upgrade. It is now over one year old and has been well accepted by the IT community as being a stable platform with good features, such as:

A large number of very technical improvements have been made relating to security, performance, application support, cloud integration and hybrid operations.

Other reasons to migrate to Windows 2012 R2 include:

Some say it is an easier step to go from Windows Server 2003 to 2008 because there are fewer new things to learn about the operating system. However in 2012 many more useful functions were added for virtualisation and access to cloud components. If this is not enough of a reason for avoiding the interim step of 2008 Server then perhaps the idea that 2008 is already reaching end of life for full support and will soon be on extended support is. Windows Server 2008 is already a 6 year old system so you could expect no more than a few years from it before the end of its life is announced.

If you need to upgrade from Windows Server 2003 then now is the time to start developing an internal response plan or call on external expertise to come in and assist with this project.

Your plan should determine the destination and set out to inventory what will be impacted. You will then need to plan for applications to be tested or upgraded in line with the determined requirements. This is not a project to be left to the last minute as a threat such as the recent Heart Bleed virus could be enough to force you to make sudden changes that have a serious impact on your business. If you are faced with a situation where the server must be shut down or taken off line instantly to protect your reputation or stop the spread of malicious code it will be too late to call for help.