Hosting – all a bit cloudy? 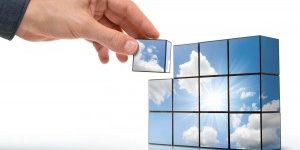 Hosting has been around in various forms for a long time, but the concept has more recently been thrust into public consciousness after some clever marketing executives came up with the catchy term “the cloud”. (Read more on the cloud: cloud computing advantages and disadvantages.)

The previous not-quite-as-catchy term for hosting, which was bandied around quite a bit in the early 2000s, was ASP or Application Service Provider. ASPs may be regarded as the indirect descendant of the service bureaus of the 1960s and 1970s.

Hosting essentially refers to an organisation (the Hosting provider) delivering a combination of traditional IT functions over the Internet or other wide area networks (WAN) to clients who pay a monthly or annual fee for a slice of server space or computing power. These functions can include infrastructure, applications (software as a service), security, monitoring, storage, web development, website hosting and email.

There are many hosting providers in Australia, some large and some small, but a few names – Amazon, Microsoft, IBM and Rackspace – are truly starting to dominate this space, and growing at staggering rates each month. Microsoft and Amazon are currently locked in a pricing war that will be interesting to watch.

Amazon Web Services offers a complete set of infrastructure and application services that enable an organisation to run virtually everything in “the cloud”. Similarly, Microsoft’s Windows Azure is an open and flexible cloud platform that enables organisations to quickly build, deploy and manage applications across a global network of Microsoft-managed datacentres.

Amazon now has data centres located in Australia, and Microsoft is also set to open two new data centres at undisclosed locations. Microsoft’s centres will be “geo-redundant” meaning customers can back up their data in two separate locations – both within Australia.

Windows Azure uses a specialised operating system to run its “fabric layer” — a cluster hosted at Microsoft’s datacentres that manages computing and storage resources of the computers and provisions the resources (or a subset of them) to applications running on top of Windows Azure.

Windows Azure has been described as a “cloud layer” on top of a number of Windows Server systems, which use customised version of Hyper-V, known as the Windows Azure Hypervisor to provide virtualisation of services. (For more on hypervisors and virtualisation, check out: The future is virtual).

Amazon, on the other hand, runs a highly-customised version of Citrix XenServer as its hypervisor and has extended this with its own operating environment called “EC2”. Amazon Elastic Compute Cloud (EC2) is the central part of Amazon Web Services (AWS).

EC2 allows users to rent virtual computers on which to run their own computer applications. EC2 allows scalable deployment of applications by providing a Web service through which a user can boot an “Amazon Machine Image” to create a virtual machine, which Amazon calls an “instance”, containing any software desired. A user can create, launch, and terminate server instances as needed, paying by the hour for active servers, hence the term “elastic”.

Microsoft may however have announced a game-changer last month in the form of WAAD. Windows Azure Active Directory (WAAD) is a new Windows Azure service that provides Identity and Access management capabilities via the Windows Azure cloud.

This allows organisations to essentially extend their on-premise infrastructure into the “cloud” without having to maintain a separate, unique user base for identity management. The possibilities opened are truly exciting and herald the era of “hybrid cloud” – a term we’re sure you’re going to hear lots more of.

Systemnet has been keeping an eye on hosting options for many years and has successfully helped many organisations navigate the tough decisions and considerations related to moving some or all of their applications or infrastructure to a hosting provider.

We are happy to help you evaluate your unique needs and circumstances to determine whether hosting can benefit your business. Give us a call when you’re ready to dive deeper into this!