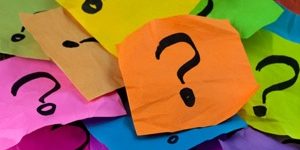 Tablet or Ultrabook: How they compare

In the market for a new device? Not sure of the difference between a tablet and an Ultrabook? Despite the outer similarities the core functionality of tablets and Ultrabooks are actually quite different. When choosing between both it’s not necessarily a matter of which is better, but rather which is better for your needs. To help you decide, here’s a look at the different features of each.

An Ultrabook has far more computing power than a tablet. Powered by fast and energy-efficient Intel Core processors and solid-state drives (SSD) Ultrabooks are able to match the computing power of many notebooks but without the added weight. Most tablets, on the other hand, feature smaller processors and often run on special mobile operating systems, such as Android or iOS, which simply can’t compete in terms of power and functionality.

Tablets are perfectly suited to handle a variety of everyday tasks such as surfing the web, talking on the phone and watching movies. Ultrabooks are a full-featured computer which will enable you to do everything from creating an extensive PowerPoint presentation to editing spreadsheets and more.

Ultrabooks come equipped with a physical keyboard however most tablets have a touchscreen or in some cases, a detachable keyboard. If you plan to type a lot then a tablet may not be the best choice as the smaller keyboard may slow you down.

Like tablets, most new Ultrabooks have a touchscreen and some models feature the ability to convert into a tablet or slate, you can have the best of both devices in one.

Tablets are usually thinner and lighter. Ultrabooks range from 10″ to just over 15″ and can weigh anywhere from 0.9–1.8 kg, with profiles of 0.7″ thick or less. Tablets, on the other hand, range from 5″–13″ and typically weigh between 0.2 and 0.9 kg, making them the better choice for mobility.

Surprisingly, tablets and Ultrabooks are similarly matched when it comes to ports, with both devices usually having a maximum of two USB ports (sometimes three), along with Micro HDMI, Bluetooth and Wireless.

In general, a tablet will give you anywhere from 9–12 hours of battery life. With their additional computing power, Ultrabooks come in second at 5–6 hours. However, there are exceptions to this rule.

In general, tablets will be easier on your wallet, but this lower price tag generally comes with less features. At the end of the day, if it is features you are after then you are probably better off with a laptop or Ultrabook than a high-end tablet.

If you still can’t decide between a tablet and a more powerful computing device such as a laptop, the good news is… you don’t have to. Hybrid devices, which can function in laptop, tablet, stand and tent mode, offer the convenience of a tablet combined with all the power of an Ultrabook in one machine. Call us for a chat on 02 9386 2900 and let us help you decide which device best fits your needs. We can provide a quote, handle the entire delivery process and even organise setup.