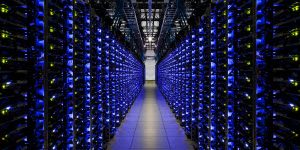 Virtualisation is the technology that has been quietly driving the cloud computing revolution and is now gaining recognition in its own right as a way to improve business productivity and efficiency.

“Virtualising” allows servers, networks and applications to run independent of their underlying hardware systems. This technology is now seen as a way for businesses to create a more secure IT environment while offering flexibility to workers at the same time.

You can virtualise your servers, storage devices, network devices and desktops. What all of these technologies have in common is the ability to run systems independent of their physical hardware layers. For example, with desktop virtualisation, a user’s computer or handheld device would not run its own copies of applications, but rather a virtual instance of those applications running on a VM. To the user, it appears as if everything is running locally – there is no difference.

The virtualisation model is especially attractive to IT managers in BYOD environments. Employees could easily access instances of applications and data on a variety of devices without needing to store anything locally, making access secure and compliant with business policies.

The benefits of virtualisation

The argument in favour of virtualisation can be convincing. Instead of having to maintain, update and troubleshoot separate applications across numerous machines, a virtualised environment would allow an organisation to install and manage all data, applications and updates from one central location.

As a case in point, consider what happens when an employee loses or accidentally damages their laptop or device. Your IT team must then work to restore all the data and applications that once resided on the device – a process that could take hours, even under the best circumstances.

If the employee had been running a virtualised desktop on their device instead, then a spilled coffee does not equate to instant disaster. Instead, your IT team would simply issue a new laptop to the employee, who would then connect to the VM where everything is already running and ready to go. Your employee could be back to work in minutes, rather than hours.

Most organisations have yet to embrace virtualisation

What these findings reveal is that there is still a big knowledge gap in many organisations regarding virtualisation even though it could benefit many employees by allowing them to work and securely access files from anywhere.

Making virtualisation efficient for your business

Some experts point out that between the costs of having to maintain powerful servers and multiple desktop licences virtualisation can remain out of reach for some organisations. To address the perception of virtualisation being an expensive, niche technology, some providers are working to create low-cost enterprise solutions which can deliver Windows applications as secure mobile services.

To determine whether or not virtualisation is right for your business, you need to look at how much control you want over your environment, your business’s security requirements and your budget. But as more people learn about the ability of virtualisation to provide a secure yet flexible IT environment, this technology is sure to make more of an appearance in the workplace in the years ahead.